- December 15, 2010
Having cleaned up my little Singer machine I decided I should christen it by making something to wear.  Something more modern than my usual Victorian stuff.  So when I found this 1920's skirt pattern on ebay I thought... that will do! 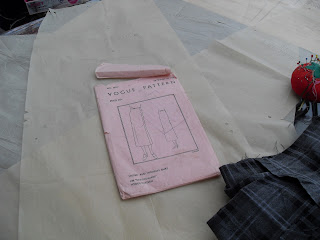 It is, after all, a pattern that is almost as old as the machine - and since vintage patterns tend to come in exact sizes, when I noticed that the pattern was my exact measurements, well... it had to be! 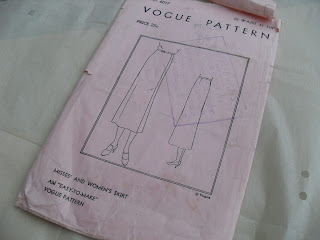 The pattern was unused proving that I am not the only one who has more ideas than fabric or time will allow! 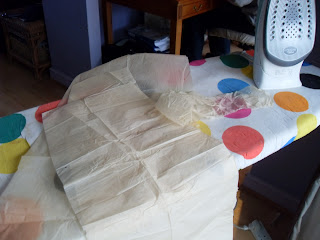 Because the pattern is so old and very fragile I decided to trace it onto squared paper rather than start putting pins through the tissue paper.  You will notice that the pattern has very little markings on it, a few notches and some holes punched through to indicate where darts or sewing lines or fold lines should be. 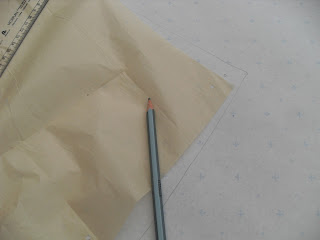 There were, however, quite good instructions with the pattern pieces.  The skirt is actually very simple and quite unsophisticated in it's makeup.  No zip is required and it is not lined.  Of course 1920's women wore full length slips or petticoats so lining was not so important. 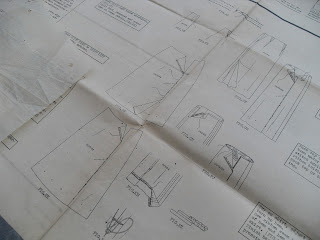 I carefully ironed the pattern pieces and then traced them onto the paper which I cut out.  I had only just enough fabric from a remnant piece that had been hanging around the sewing room for a little while.  It was a bit tricky cutting it out because the plaid pattern had to be matched - mostly it worked out ok. 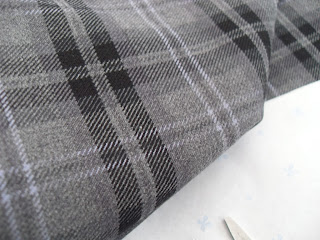 I threaded up the machine, replaced the needle with a new one, tested a few stitches on a scrap piece of fabric and then began. 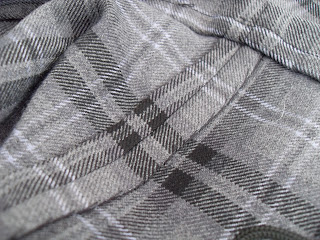 I was a bit concerned about not being able to serge the edges to stop fraying but the pattern said that the seams should be hand finished and I remembered my mother finishing her seams by hand so I resolved to keep to the spirit of the original pattern and do just that. 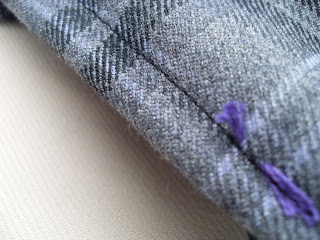 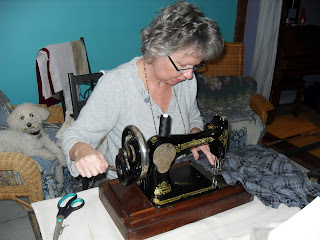 I decided to leave off the belt, it is not such a flattering look for me, and since no mention of interfacing or any kind of stiffener was made I thought the belt would be simply superfluous decoration. 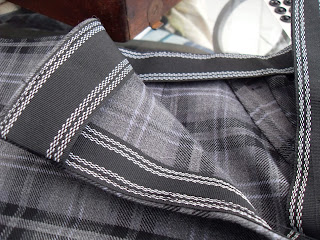 The skirt fastens with a hook and eye and two press studs.  A simple band of petersham is sewn on to the waist on the inside.

I added some buttons as decoration. 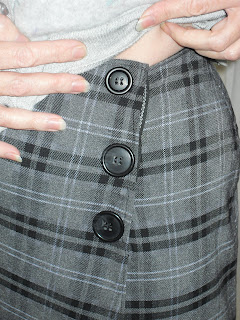 It looks like it is a wrap around skirt but this is just a pleat. 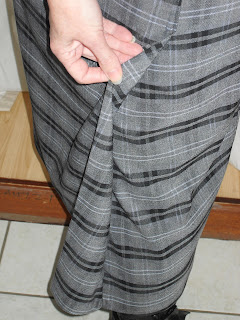 The whole thing took about a day and a half to complete.  It would have been even quicker with an electric machine, but not half as much fun.  And somehow I felt I sewed better with the hand machine - perhaps its just that the lack of speed gives me time to be more accurate.  And of course it was done with no electricity. 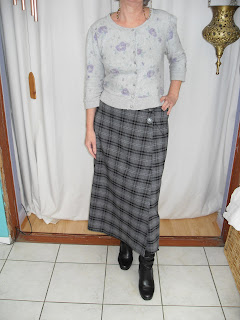 The more I look at the skirt the more I like it.  Now I have to look for a blouse pattern to go with it.
Crafts Sewing What is a Technobilly?