- November 29, 2010
I realised this morning that despite my having worked for the last two sundays at Blenheim palace, I have not told you anything about it.  Goodness where do I begin? Firstly, I am still very much in training.  There is a lot to learn.  I have a script which I must know by heart, it contains lots of information about the palace, about the Dukes of Marlborough and about the beautiful artifacts that they collected and the great works of art kept at the palace. 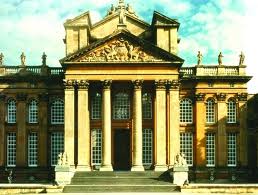 Lets make no mistake here - there are lots of names that are unfamiliar to me.  Historic craftsmen that I had not previously heard of but to be sure everyone was at the top of their game and the best of their kind, because the Marlborough's only commissioned the best.

I spent the first day mostly in a kind of information and sensory overload.  The place is oppulent and a lot of it is not what I would call tasteful - of course tastes change and it is hard to imagine living with these things nowadays... but the Duke of Marlborough still lives in the house, albeit in the private apartments... it's still very grand. 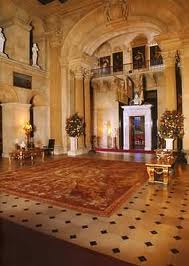 To supplement my knowledge I have been reading 'The Glitter and the Gold' an autobiography by Consuelo Vanderbilt Balsan the American heiress who became the 9th Duchess of Marlborough.  O My. Such a tale, such wealth and splendour and over the top ostentation and well... it makes me very uncomfortable.  Sadly beneath all of this was a very unhappy young woman who was forced by her mother and then by the conventions of the day to live a life that she neither wanted nor approved of. 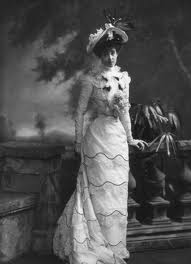 But all the same... when I think of how my ancestors were living at the time... my grandfather was born in 1882 a child of an Irish labourer who later emmigrated to Scotland where he worked on the railways for the rest of his life, he lived with his wife and 6 children in two rooms and a kitchen and considered himself well off.  My other grandfather was a baker and confectioner by trade but a musician who played the flute and who taught music in his spare time to augment his income.  He had five daughters and a son, none of whom were taught to play a musical instrument - he had neither time nor energy nor luxury to teach non-paying students. 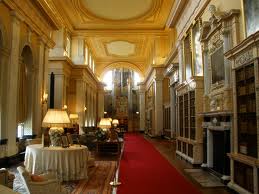 I have a strong socialist streak in me and even though I consider myself fairly sophisticated and worldly wise and would proudly declare that I will talk to prince or pauper in exactly the same vein (with equal respect) I can't help but feel 'my place' when at the palace.  It's terrible but I do feel as 'out of place' as I am sure my ancestors would have in the presence of such riches.  It is all alien to me, in fact I cannot conceive having so much when so many are so needy. 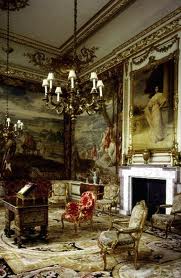 If any of you are wondering where this is going and fearing that my 'off with their heads' tendencies will put me at odds with my employers, fear not!  In the great scheme of things at the palace, the guides are considered very much at the bottom of the heirarchy.  And I believe, that that, is where I feel most comfortable! 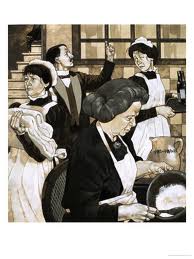 Below stairs and proud of it!
History life the universe and all that