Time to get Serious about Saving!

- October 10, 2010
OK having established that I need at least 2 or 3 thousand pounds under my belt to cover removals and/or storage... and just three years to do it... and did I mention that I don't actually have a job? Yeah... well... savings must be made and so I have been putting my thinking cap on (well lying on the couch with a glass of home made wine and a calculator).
£3000 divided by 36 months = £83.33 a month to be saved. Actually that doesn't scare me too much so I am going to say £85 a month should be the minimum amount saved. There are a couple of ways that spring to mind to start making savings. The obvious would be to cut down on the amount of meat that we eat. Now there I encounter the first obstacle... two very carnivorous children and a husband who eats anything and everything so long as there is lots of it! We already have one (sometimes two) days a week that are non-meat days which helps but cutting out any more meat is difficult. However, I did learn a rather clever trick the other day... when making meals from mince... such as shepherds pie or chilli... you can bulk out the mince by adding a packet of quick cook porridge... you know the ones that come in individual portions and are ready in the microwave in two minutes. We buy those for breakfast anyway... and apparently once in with your mince and sauce you can't tell... might be worth a go. It is possible that with using one pack of breakfast porridge I could cut the amount of mince we use by half... mmmm. 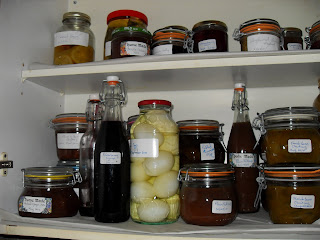 My daughter in Spain mentioned something that has been percolating around the old noggin a bit and I think I might try it. After she had her brain haemorrhage she was unable to drive (and still isn't allowed to drive the car) and they missed out on the big supermarket shop and starting relying on the little supermarkets in the village. Like most small village shops they are a little more expensive than the larger conglomerates and they expected their food bill to go through the roof. The opposite happened. They shopped more or less on a daily basis (the shop is a five minute walk from their home) and they bought what they needed for their evening meal or whatever they had run out of and found that they didn't waste money on stuff they didn't need and didn't buy huge packs of things that sat in the cupboard for weeks on end - that's just money sat in your cupboard - unless you really use something regularly and fairly quickly, bulk buying can be simply dead money doing nothing. 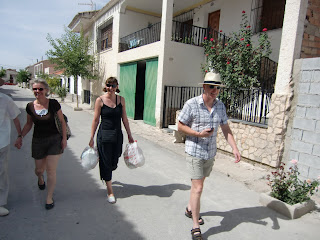 Now, if I only buy what I run out of, or what I need for the evening meal, on a daily basis then in theory I could end up saving money. It's not as if the shops are shut at any time... I mean why do I need to do a large weekly shop? Our village co-op is open every day from 8am to 8pm... there is also a Spar around the corner from me that's open until 9pm every night... not to mention the Tesco garage and mini mart on the main A40 which is about a 15 minute walk away... and appears to stay open all the time! Well... I shall give it a go and let you know what happens.
The next thing I remembered was that someone told me that if you actually use cash all the time instead of your debit card you are more aware of what you are spending. Using a card instead of real money can induce you to spend more because it doesn't feel like you are spending much at all. So... if I withdraw the full amount of my housekeeping at the beginning of the month... in theory I should know exactly how I stand and exactly how much money I have at any moment (which in all honesty, I do not at the moment).
This will all have to start happening next month because I am a little at six's and sevens this month. But on top of these measures... I have declared November a NO SPEND month (and would you know it... BillySteve went for it!) This means we will not spend any money during November unless it is for food or toilet roll! Christmas presents will have to be bought this month, and I fully intend to make everything (which I did last year too) or buy from the charity shop for every one's festive gift this year. We will also have to buy petrol in October that will last us... well that will work on my car, but BillySteve uses his for work but he gets expenses for petrol so I guess that's ok. 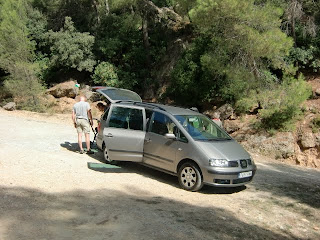 Talking of the cars..... we have two at the moment... but we have already decided to sell both cars and purchase something more economical, but only one car instead of two.. In reality this means that I shall be without a car on the days that BillySteve has to work away from home... this could mean a lot more walking for me. Or cycling... I do have a bike, I think I'm ok with that. I shall console myself with pats on the back for being more carbon friendly as well as saving money on petrol etc... 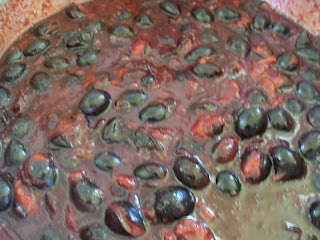 Meanwhile the making of jams and chutneys and wine continues. I haven't had to buy any vegetables other than onions (my onions all went to seed this year) for months and I make all my own ketchup, brown sauce, plum sauce, pickles etc... and the freezer is full of more veg that should last a good while into the winter, you would think I have saved loads of money. Perhaps I have but I think in reality I have just eaten better. I certainly haven't saved anything... I have spent the same amount as usual. Perhaps I need to think a bit more about that.

by the way I have no idea how my post ended up with underlining on the first two paragraphs... it's been so annoying and I don't have any more time to play... so I hope it didn't interfere with your ease of reading.
Cooking Family Gardening life the universe and all that Spain What is a Technobilly?