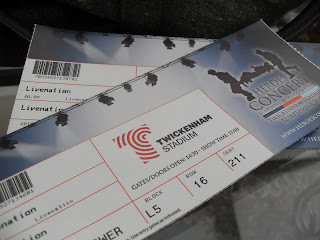 Yesterday was an ABSOLUTELY BRILLIANT day! We went to the Help for Heroes Concert at Twickenham. 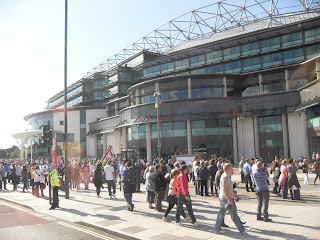 Some of the family's and carers of injured servicemen were given free tickets to attend and we were lucky enough to be included. You remember BillyJon's Kilimanjaro challenge last year, he and his team managed to raise over £40,000 for Help for Heroes. (by the way, BillyJon is planning another challenge for 2011 with his dad which will be revealed in due course and BillyChristina is getting in on the act too, since she was away in Japan when he did his Kili climb, she has decided to do a sponsored 200km pony trek across inner Mongolia in July of 2011 - more on that one later! )
We had a free coach ride from the barracks near where BillyJon lives all the way to Twickenham and back. So we had lunch with my son before we went and when we arrived at the stadium we were promptly given special purple wrist bands which entitled us to free drinks in the Players Bar. We also had great seats in the stadium - just under the Royal box where Prince Harry sipped his champagne while watching the show - and I sipped my white wine spritzer (I bet harry's wasn't in a plastic cup though!). 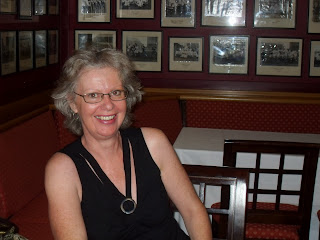 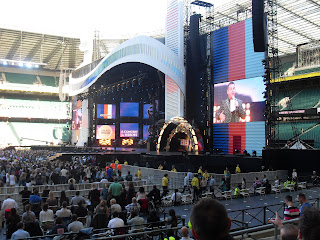 Since BillySteve is a massive rugby fan getting into the exclusive players bar was a real treat. 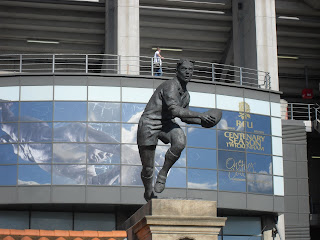 For those who were not able to see it on the tv last night, the impressive lineup of stars included.....
Alesha Dixon
Tom Jones 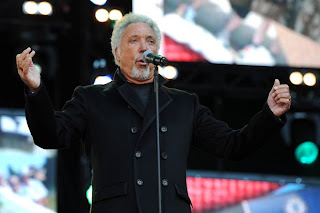 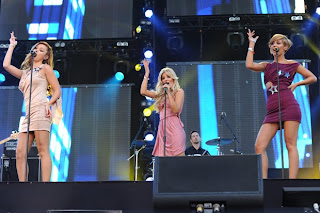 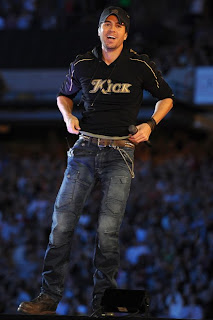 Robbie Williams & Gary Barlow
and comedians
Jack Dee
Michael McIntyre
Jason Manford
Peter Kay
Some of the above are not stars that I would hold my hand up to being a fan of, however, I was quite surprised. For example... Enrique Iglesias was really really entertaining and I enjoyed his performance a lot. The Saturdays desperately need someone to design some costumes for them that fit properly, that's picky I know, but hey if you are going to be entertainers then stuff like that is important.
Kathryn Jenkins has the most powerful voice I have ever heard - and she sang wearing a fabulous corset, looked amazing and like she had made a real effort, and was accompanied by some pretty brilliant acrobatic/balletic displays! 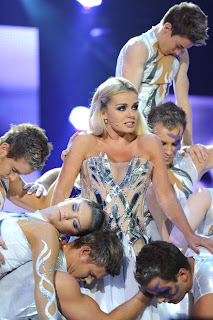 More suprises included:
James Blunt does have some upbeat songs in his repertoire and was really good! Robbie Williams was a real showman and I knew the words to most of his songs (I never knew that I knew them at all!!). Him and Gary Barlow seemed to be doing some kind of 'Brokeback Mountain' thing but hey... I'm not in the least prejudice... about anything, and everyone was enjoying themselves, especially those on the stage, and that kind of thing is catching.
The show started at 5pm and ended at 10pm but it was nearly 11 before we got out of the stadium and then another hour to clear London. The coach dropped us off at the barracks at Tidworth which meant that we still had about an hours drive home. It's been a long time since I crawled into bed, hoarse, at 2am! It was totally the best time I have had in a very very long time.
Family Festivals Kilimanjaro