A Work in Progress

- August 23, 2010
This title applies to more than the embroidery job I found half finished in the back of the sewing room. 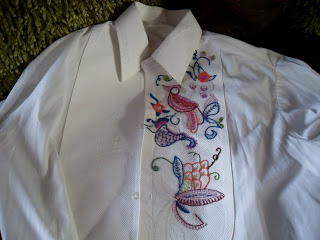 .... it also applies to PhillyBilly. He did not come home yesterday. His gig on Saturday night at The Custard Factory in Birmingham was not the success he had hoped for, he did not get to perform at all - still got paid mind you! The night was supposed to continue to 6am the following morning and PhillyBilly was scheduled to go on in the wee small hours but alas the crowd had disappeared by then and the venue owners decided to close early. As you can imagine he was very disappointed. So... his record company (Chronos Records) stream a regular Sunday night Dubstep showcase on Ustream, where you can get to see your favourites actually perform, and they asked PhillyBilly to make a guest appearance. 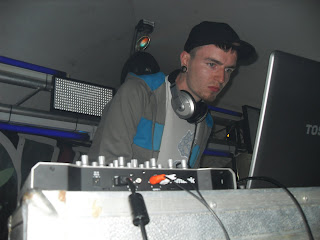 There was a lot of hype prior to his appearing because he has virtually never been seen by his fans before. So a lot of excited comments were streaming in. PhillyBilly omitted to tell us the url for the Ustream but we found it anyway and watched with excitement... and laughter too. 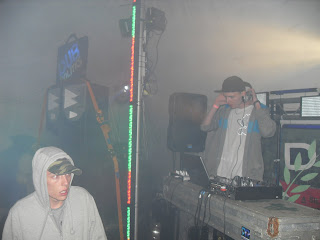 The performance is filmed from some guys bedroom! You can see the mattress leaning against the wall. They have several decks set up and all the computer equipment that is required and half a dozen guys getting excited about the music, talking into the mike, (playing with the stuffed toys), and they set the web cam going and 'put on a show', what it lacked in professionalism, it made up for in energy and excitement. A little counter shows how many viewers are watching (it got up to 600 before we went to bed) and there is a constant real-live stream of comments from the fans, some of which said things like ' dr philth I want to have your babies' - most of Dr Philth's fans seem to be in Belgium, there is apparently quite a following of Dubstep in Belgium, Oh well you have to start somewhere lol.
The other work in progress is my embroidery that I started 20 years ago. 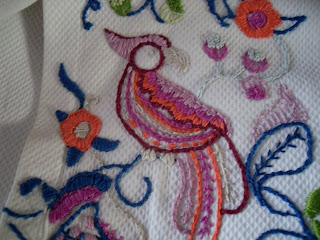 It was one of Billy Steve's dress shirts which he grew too big for... or perhaps there was a wine stain on the front, anyway, I was given it for the rag bag and decided to embroider the front of it and possibly wear it myself. 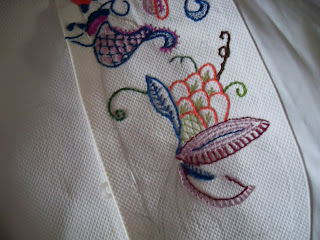 I copied the embroidery designs and stitches from this book. 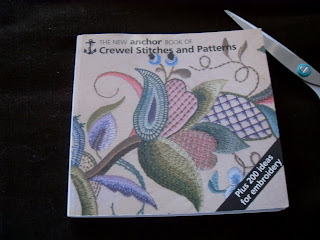 I had never learned embroidery or taken any classes. I didn't stick rigidly to the designs in the book as I drew most of them onto the shirt in pencil, freehand, rather than tracing. 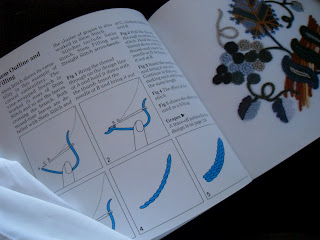 Eventually I must have got bored with it and simply put it away. I unearthed it while looking for something else and dug out the box of embroidery threads too. A myriad of colours all packed into envelopes and marked with the colours on the front, making it easier to find the shades I wanted. 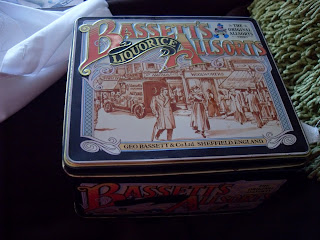 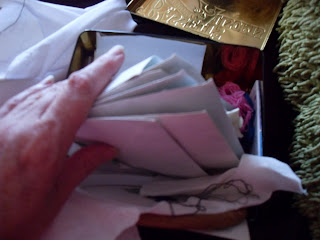 .....and inside I also found some crochet motifs that were supposed to be sewn together to make a piece of lace for a bodice front on a wedding dress. I guess I thought I would present it to one of my daughter's... 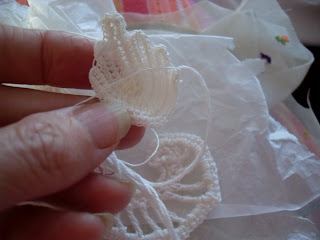 I love these pure silk threads in shades of yellow. 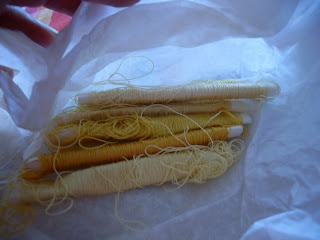 ...and my thimble, I can't embroider without my thimble, it feels like it belongs on my finger, like my finger is a little bit lost without it. I can't think why I haven't kept up with the embroidery? 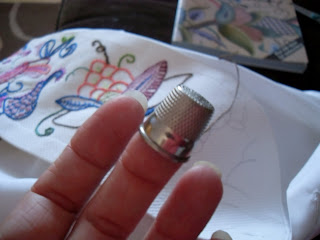 .....and I also found my tatting. I don't think I even remember how to tatt. 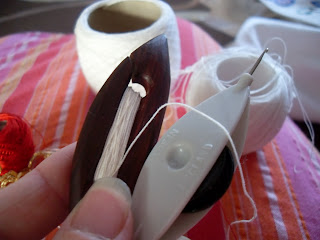 I like the feel of the wooden shuttle. It's making me think I should start doing this again. 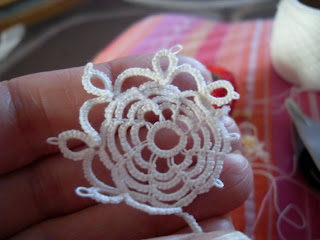 But first... I am going to do some embroidery... I'm not promising to finish it... just to do some more of the designs. Perhaps finishing things isn't the point. Like life, I guess it's the work in progress that matters most.
Clothes I'm a Fan Sewing Teenagers What is a Technobilly?