Positively the Last Word on the hay box cooker

- July 16, 2010
Well... I trialed the hay box with a chicken curry on Friday. It was a success, in fact it was more than a success... it was ready long before I opened up the box to take it out. It was still hot but not hot enough to eat so we had to pop it back onto the stove top... I had to thicken the sauce anyway.
I made the curry just like I normally do. I sweated some onions and vegetables in a little ghee, 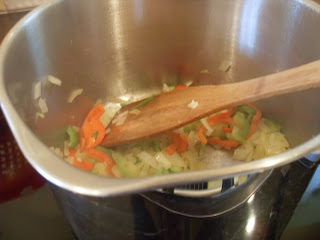 after which I added garam masala (or curry powder)... we usually grind our own spice blends to make our curries... not sure what the blend was this time... something BillySteve forgot to label!! Next I added the pieces of chicken which I cut to be no more than inch sized pieces. 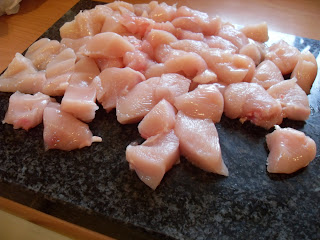 After this I added some stock and boiled it vigorously for a few minutes... 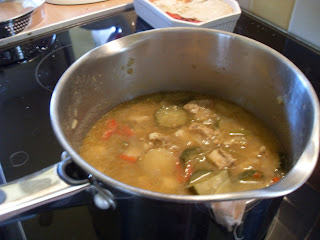 ......then it was on with the lid and quickly into the hay box cooker. That was just before 12 noon and we didn't open it until 6:30pm... I have a feeling that the curry was cooked to perfection around about 4 hours after it went in. But it wasn't spoiled. That's the beauty of this way of cooking... it's impossible to overcook anything! 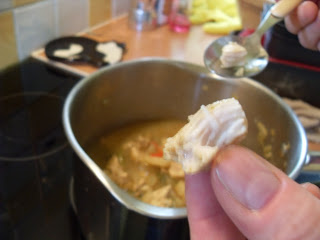 That is it for my experiments for the moment. We very seldom eat red meat so I can't see the point of doing a hot pot or anything like that... although that could be something to think about for the winter. I cooked some beetroot ready for the freezer in it yesterday - big saving on electricity there... the beets usually take at least an hour simmering. The hay box cooker has definitely found a permanent place in my cooking routine.
Now... what is next on the list of things to do?............ mmmm.... there is the bedside cabinets. And BillySteve is really missing his bedside table... but I think the next post will be about the allotment. I have a new toy and I think it's time I told the world about it!
Cooking What is a Technobilly?