Boys will be Boys!

- April 12, 2010
In my last post I explained about my brother and my father going on a road trip together. Their plan was to drive down to the South of France to collect my brother's motorbike and then bring it back on a trailer to the UK (my brother used to live in the south of France you see) with some sight seeing along the way. But that is not quite how it has turned out....

Just as I was getting the house back to normal after having visitors my brother phoned me to say that they were in France but were leaving as quickly as possible.... I was a bit confused as you can imagine. It turns out that my brother was stopped for speeding by the French police, fined 130 euros and then banned from driving in France for six months... on the spot!! While my brother was speaking to me on the phone he kept saying "brake ... brake"... what on earth is going on I asked? "Oh Dad is driving and we are headed towards Belgium now..." 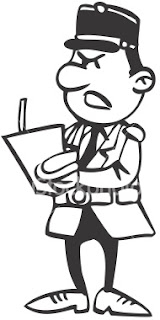 I was completely stunned... my dad hasn't driven on the right hand side since the second world war! He does still drive but only around the town where he lives, having told me that he isn't confident enough to drive in Aberdeen (his nearest city) any more. I didn't know what to say.... 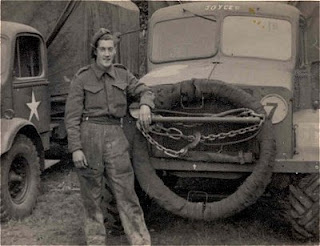 (No this isn't my dad but it's the kind of truck he used to drive during the war!)

After a few minutes to think about it I sent my brother a text to say I wasn't happy about dad driving as he is not as confident as he used to be. Well I didn't know that the text came through his satnav and was spoken out loud and my father was not amused. Sigh. 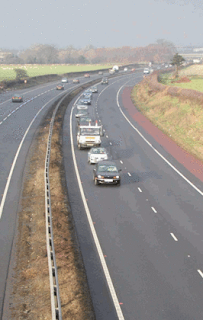 After worrying half the night and not hearing anything more from them... I sent a text again this morning to ask where they were and to say I hoped everything was alright, only to get a very curt message back from my dad to say they were fine. Full stop. So I have no idea where they are or what they are doing.

Well ok... maybe I did suddenly go into mummy mode and I know that this is their holiday and they have to get on and just do the stuff they have to do and my son says that actually they could be having a whale of a time.... but I am still so very worried. BillySteve and BillyJon just laughed and laughed when they heard. I really don't think I understand boys at all!
Family holidays life the universe and all that