- February 28, 2010
While on my recent travels in Scotland, I met a young lady who was knitting, on the bus. She used circular needles even though she was knitting a straight jumper. She said that if she used straight needles she was likely to poke the eyes out of neighbouring passengers, and as she travelled regularly between Glasgow and Manchester, the circular needles were ideal for the journey. I thought this was a very useful tip and I asked her about what she was knitting. 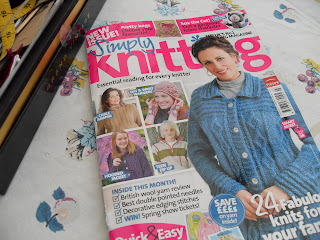 She produced the March 2010 issue of Simply Knitting and showed me the cable jumper that she was half way through. I was very impressed. In fact I liked the pattern so much when I arrived at my destination I popped into the nearest WH Smith to see if I could buy a copy of the magazine. 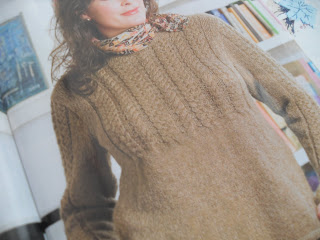 It's a very long time since I attempted anything as big as a jumper. And my previous efforts have been rather unsatisfactory, so it really has got to be a special pattern to tempt me to try again. The more I looked at the pattern the more I fell in love with it... a bit longer in the body would suit me better but that would be easy to adjust. I read the pattern instructions and there doesn't seem to be anything too difficult either. Great! Perhaps now is the time to put my previous knitting gremlins to rest. 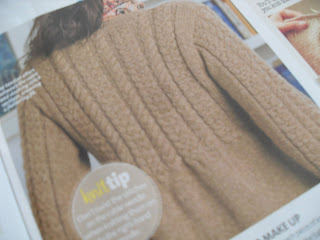 WHO ON EARTH CAN AFFORD TO KNIT THESE DAYS? (well obviously the girl I met on the bus... perhaps that's why she was on the bus...) but seriously guys, if I could afford to spend £80 on a jumper I probably wouldn't be knitting it myself! Well as you can imagine... at that price and with no guarantee that I can actually get the finished item to look anything like the one the model is wearing I think I will pass. Boy am I disappointed!
Chit Chat Clothes Sewing What is a Technobilly?