- January 15, 2010
During the recent festivities (which have now faded into dim memory - which is traditional I believe) I mentioned a couple of recipes which I promised to divulge... well... I have one, the other has gone missing... and I am really annoyed about it... but I have searched everywhere and can't find it so the Chocolate Liqueur recipe is from memory and I can't vouch for it's final outcome... sorry.

Recipe One
Chocolate Liqueur.
this is very very sweet and chocolatey and does not taste too strongly of alcohol. If you want a more potent taste then reduce the sugar syrup amount slightly.

Ingredients
1 x 1litre bottle of cheap vodka or white rum.
half the quantity of the bottle of alcohol in water - i.e. if you have 1 litre of vodka use half a litre of water.
half the quantity of the water in caster sugar - i.e. if you have half a litre of water, use 250g sugar.
30g Good quality Cocoa powder (it is ok to use cheap vodka or rum but since the chocolate is the important taste it is best to use a really good cocoa powder)
1 tsp Vanilla Essence 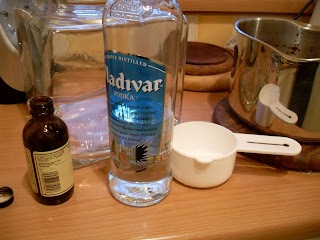 Method
Bring the water to boil and add the caster sugar and simmer for three or four minutes stirring to disolve. 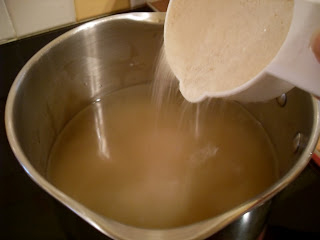 Take the syrup off the heat and allow to cool to just above blood temperature. 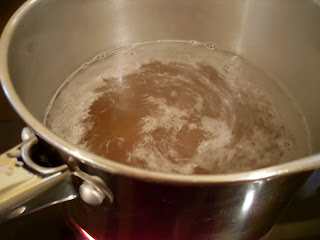 At this point add the cocoa powder and stir well. 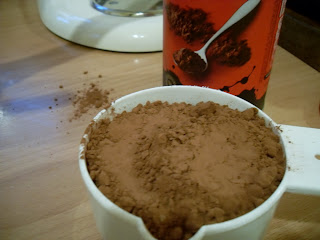 When this mixture has cooled to room temperature add the alcohol and vanilla essence, again stir well. 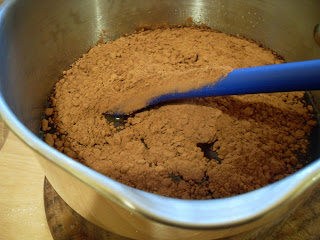 Decant into clean bottles and seal. Store cold or refrigerate for a couple of weeks - tipping the bottle on a daily basis to mix. I kept mine in a large jar and stirred it every day before decanting into smaller bottles to give as presents. 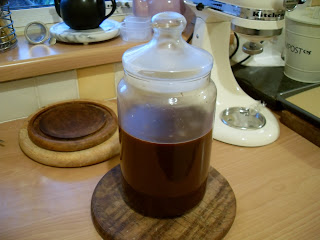 After two or three weeks it is ready to drink. Serve in small shot glasses at the end of a meal.

The second recipe was for a microwave Christmas Pudding. I am not generally a fan of Christmas pudding - I find them too heavy and stodgy, but this one has proved a hit for nearly twenty years now and I have managed to convert many a Christmas Pudding Hater with it. The original recipe came from Prima Magazine... does anyone remember that one? The benefit of using the microwave of course is that it takes less than the usual 4 hours steaming for a pudding and that makes a big difference when it comes to your energy bill. AND it's suitable for vegetarians. Here we go...

Method
Melt fat in a large 6pt bowl for one minute on High. Add all remaining ingredients and mix thorooughly. Cook uncovered on High for 6 minutes, stirring every minute until mixture starts bubbling on the surface. (This is where you get everyone in the family to help with the stirring... supposed to be good luck if you believe in that sort of thing). Fill the pudding basins with the mixture and smooth the surface. (And if you want to put trinkets in then wrap them in a little twist of greaseproof paper before hiding in the pudding). Cover with greaseproof paper and tie loosely (to allow for expansion). Cook on Defrost for 25 minutes for the 2pt basin and 12-13 minutes for the 1pt basin. The puddings are ready when the surface is dry and firm to the touch. Remove from microwave and leave to stand for 15 minutes.

I don't know what power microwave they used but nothing cooks on defrost in my microwave - through trial and error I have discovered that 10 minutes on 30% power will cook a 2 pt pudding in my 900w microwave... you may have to experiment... at any rate err on the side of caution and do it in stages checking the pudding each time. 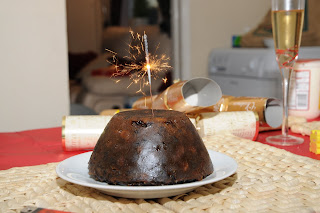 To store the puddings. Remove the pudding from the basin - it comes out really easily once it is cooked properly. Wash the basin and replace the pudding. Store covered in a fridge for up to 2 months. To reheat a 2 pint pudding microwave for three minutes at 30% and check (based on a 900w microwave).

I still have half the second pudding left in the fridge and since you only need a small quantity with custard or cream for desert I expect to have it for another couple of weeks yet! Yum Yum......
Cooking Festivals