- October 20, 2009
I decided it was time to replace the old steam engine with another of my favourite Victorian images. The picture above is the dresser in the kitchen at Cogges Manor Farm Museum in Oxfordshire. OKAY... SO IT ISN'T... Actually since posting this I have changed the whole look of Technobillies. Apologies to those who liked it before... changes are ongoing I am afraid... but hopefully... it will be better and better...

now... back to Cogges... It is a very special place... and one that I used to know very well. Several times throughout the summer months I would go there with my soap and toiletries and my victorian costume and set up a stall in the back kitchen....

.....this is the back kitchen... as you can see it is very basic... and only ever intended as an overspill kitchen. Cleaning implements were kept here but the fire could be used to cook if required. 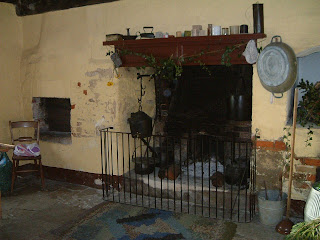 This is where the laundry would have been done and also there is a bread oven which is still used on occasion. In autumn time the 'fire boy' would light a fire for me and then keep checking to see that I was warm enough... stoking the fire or adding more wood as required. 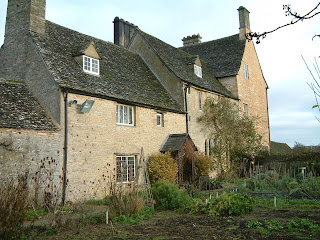 .....it was here that I demonstrated hair styling circa 1830's with a willing model.... (albeit a very embarrassed one... 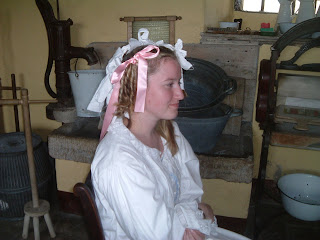 luckily no one she knew saw her... until now I guess!) you can see all the laundry stuff behind her.

The heat from the fire dried one side of her hair very quickly leaving the other a bit damp... and it was a tad chilly too... even though I think she kept her jeans on under the Victorian nightdress. 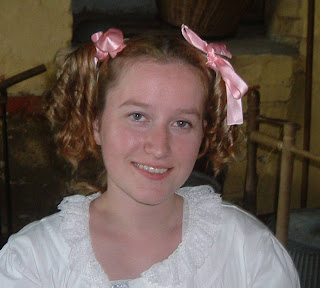 Whenever I was at Cogges I always dreamed of having a Victorian style home... the dresser with it's contents... simply to die for!! Alas ... I cannot afford to buy a Victorian mansion but I do my best with a few simple things... a Willow pattern plate which was given as a gift from a friend.... 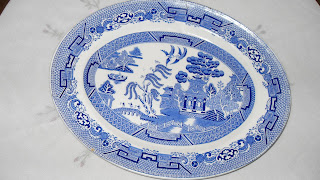 ...and the Old country roses pattern Royal Albert teapot... again a friendship gift. Of course the Old Country Roses pattern is circa the 1960's and not Victorian at all but it has the 'nostalgia' factor... it feels Victorian and that's what counts for me. 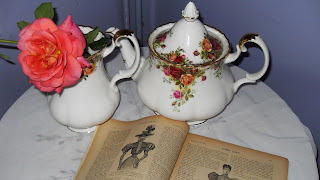 The table is mdf... but covered with a cloth, who would know? The shadow work embroidered table cloth was a lucky find at a jumble sale and all the more special because it only cost me £1. I wonder who used it before me? And even if just out of camera shot the teacup doesn't match.. who cares? you can pick up dainty china cups for under ten pounds in junk shops or on ebay. 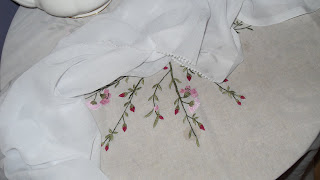 The simple act of making tea, putting a slice of cake on a plate and setting the tea table transports me into another time and place. This is living the dream after all!
Chit Chat History What is a Technobilly?