Practice for the Big Challenge!

- September 04, 2009
October is fast approaching and Billy Jon is training hard for his big challenge. This week he went with his dad and a couple of mates to Wales and they treked up Mt. Snowdon. Snowdon is six times smaller than Kilimanjaro but its a steep climb in places so it was good practice for him. 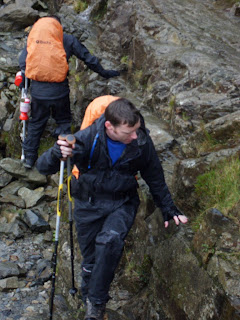 Altogether they had two days of climbing... Devil's kitchen and Y Garn on the first day and then Snowdon itself on the second day. An ITN cameraman went with them as they are filming the Kilimanjaro challenge and including some of the training as well. Apparently there is a Page 3 girl going with them on the Kilimanjaro challenge. Fancy that! (well I bet they all do!) she will have to put some clothes on though. 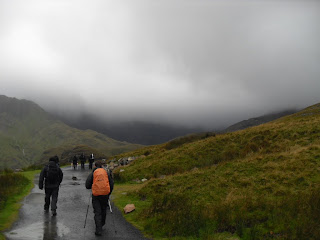 The weather was ... well... typically Welsh! The photographs illustrate it well. On day one Billy Jon was actually scrambling and climbing rather than walking but he managed it and in fairly good spirits in spite of the rain! 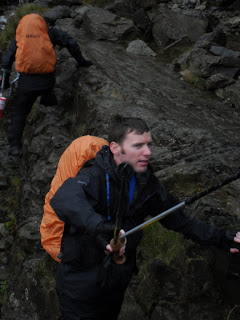 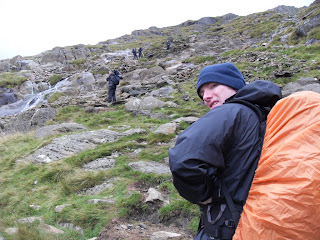 All the same he was quite exhausted by the time they got to the top of Snowdon on day two and because they still had a long journey back home he and his dad took the train back down. They had taken collecting buckets for Help for Heroes with them all the way up and were given donations by other trekkers. The total raised so far by Billy Jon and his friends is in excess of £30,000. That's amazing! People are so kind. 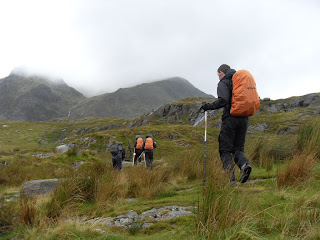 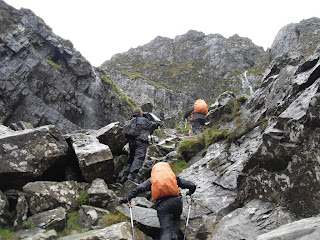 Billy Jon is planning another trip to Snowdon for some more practice before they go. I hope the weather is better... or at least dry. But you have to admit there is nothing more atmospheric than Mother Nature in the raw! 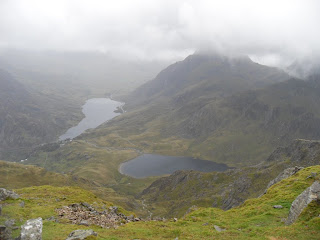 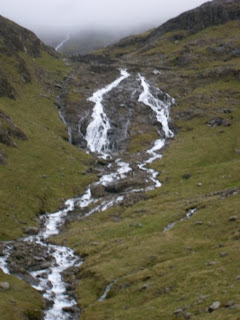 I am going to be taking a break for a couple of weeks... getting the harvest in and then a much needed recharging of the batteries ... so don't be too worried if the site isn't updated for a while... I will be back, refreshed and with some stories to tell of travel and adventure! If you would like to know more about Billy Jon's Kilimanjaro challenge then do check out my earlier blog posts.

Now this is a bit of a challenge for me.... uploading my first video to the blog. I do hope it works!