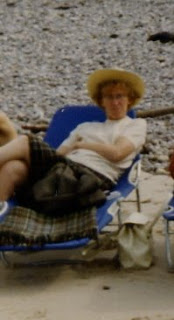 Aunt Nesta's wish was to be scattered in the same place as her husband Alistair who died back in 2002. (I promise this is not a morbid post). They had been together for almost 60 years... can you imagine, 60 years with the same person? They had no children so had devoted themselves to their own interests and each other. How completely they lived for each other was apparent in Aunt Nesta's desolation after the death of Uncle Alistair. 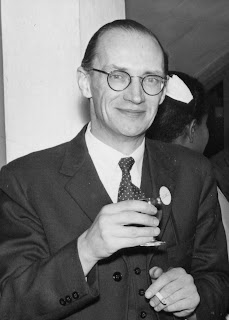 Alistair had been a professor of chemistry at Oxford University, Nesta was also a chemist but worked for a long while as a librarian in the Bodleian. Their house was full of books and papers... when I say full... I mean FULL. They had long ago filled every shelf, every nook, crannie, cupboard and box, and at the end, the books were piled on the floor and on chairs with only a narrow walkway through the room and two favourite chairs left invitingly empty ready for the readers.
Through my own stupidity I was late for the scattering. There would only have been three of us there but my absence for the vital moment left only Aunt Nesta's cousin Eilleen and her husband to do the deed without me. By the time I arrived they had departed and I was left to place my flowers alone. 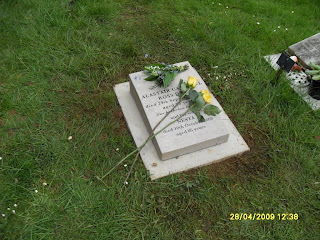 The inscription on the stone is.... ...Et lux perpetua luceat eis. I had never read the stone before or thought about the significance of its meaning... it is part of the Catholic Requiem Mass. Requiem aeternam, dona eis, Domine, et lux perpetua luceat eis. Alistair and Nesta were not Catholic or as far as I knew, religious in any formal sense. But then I thought about the actual meaning of the words...
Grant unto them eternal rest, O Lord, and may light perpetual shine upon them.
That's how they were together... as if a light shone upon them... It was the light of their total love for each other. That made me smile. Alistair was 84 when he died and Nesta 86. They had a good race and it was well run and I am glad of that. And now, in beautiful, peaceful Wolvercote Cemetary they are in good company. Just a short walk away is this.... 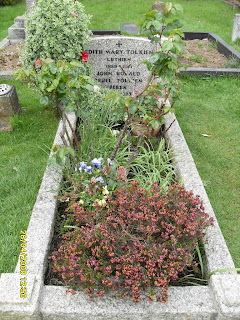 It's a bit difficult to read the headstone on the photo... How about a close up.... 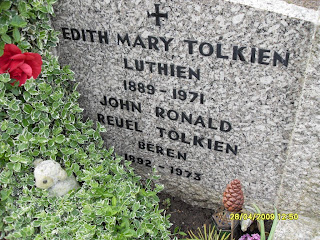 Yes, that is J R R Tolkein, the author of Lord of the Rings and his wife. Such an unassuming little grave. But there are one or two tokens... a silk rose... a lamb... a lantern. I simply bowed my head for a moment or two. Respect.
Chit Chat History