- April 10, 2009
Isn't it always the same... you put aside some money with a view to purchasing something you really really want and then something major breaks, something unexpected and you have to use your money to replace it. Well ... I have been saving pennies with a view to buying two things... a small chest freezer

and a Kitchen Aid.

Then Billy Steve said we could get the Kitchen Aid when he gets his bonus (he does love me lots!!). Yippee! And I am expecting some extra money at the end of May for a project I have been working on (more about that when it happens) so whoopee, that would pay for my freezer. I am such a lucky girl!!
And then.......... 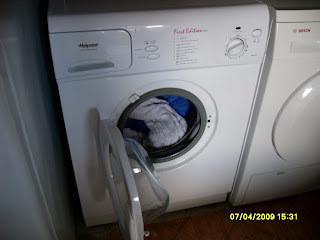 what's this...? A terrible burning smell coming from my washing machine... and the towels are still soaking wet!!!!!!! 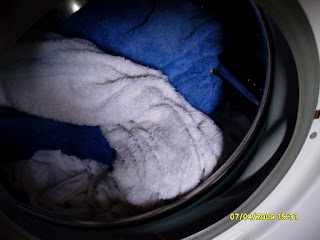 Billy Steve is a bit of an engineer (not a bit of one... a whole one actually) so he had a look at it, as he has done on several occasions before, but alas this time he shook his head. It's dead! What's worse is that the cost of replacing the engine is almost the same as buying a new machine. Oh no!!!! 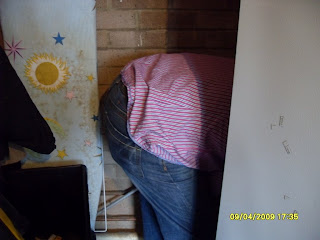 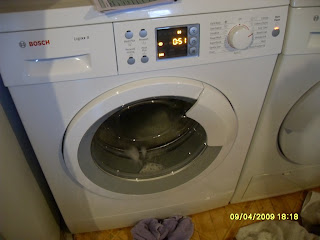 Yes it's very nice and it has electronic lights and things and it's the most ecologically friendly model you can buy that only uses the exact amount of water you need etc.... but now I wont get my Kitchen Aid for months... or I will get my Kitchen Aid and I wont get my freezer. Booo!
But then (cue fanfare)... I saw this on FreeCycle...... Small chest freezer needs new home, good working order, we have now bought a larger one....... Half an hour later....... 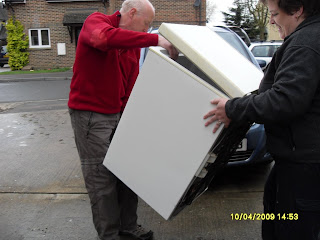 (don't worry about us lying it down in the car... we will stand it upright for at least 24 hours before plugging it in!) 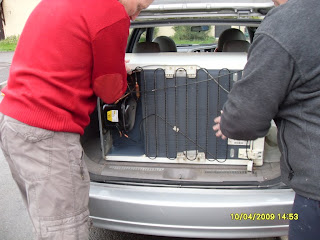 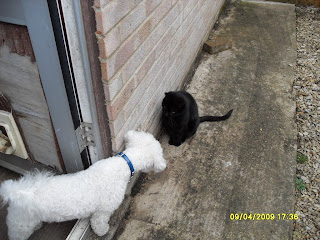 Fergus says "Hey Bella, have you seen the new white things with lights in here?"
Bella "What do they do?"
Fergus "Beats me!"