- March 04, 2009
The last remaining fabric shop (of any decent size) in Oxford City has now closed down. This makes shopping for any sewing requirements a little more interesting than simply taking the bus into town. It becomes a much more thought out expedition deciding where to go shopping for dressmaking supplies... Kidlington to the Fabric Warehouse (alas not really warehouse size) for upholstery, sheeting or curtain fabric or Abingdon (completely opposit direction) for the cavern of dressmaking delights... oh yes... I had heard tell of this magical place 'Masons' in legend but until I found a guide in the form of Julia (MarmaladeKiss) to show me the way I had never been. 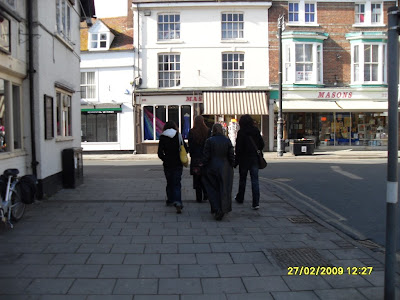 Last weekend I organised an expedition with my daughter and her friends who all needed fabric to make costumes for the next MCM Expo in London... this event (MCM stands for Movie, Comic and Media) is big on Japanese Anime and thousands of fans of this genre turn up dressed as their favourite characters.
We approached the shop with a growing sense of excitement. 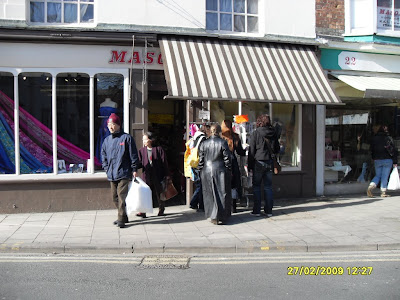 But the girls had not realised that there were many seekers of silks, cottons and jersey apart from themselves and that the labrynth inside appeared to be arranged in some kind of secret code. The theory is that everything is arranged by colour, the reality is that you are frustrated and then suprised and delighted within the space of a few seconds and then taunted by tantalising treasures too high to touch.... and the keepers of the labrynth lost behind a large queue of others engaged in a quest of their own. 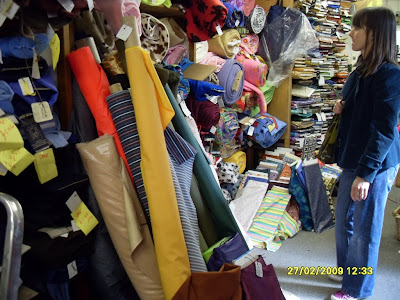 I was very focussed and having depleted my small purse on my previous visit to the cavern I chose a small box of pins and waited my turn for the assistant. After another half hour had passed and I had paid for my purchase the girls were still trying to find stuff/inspiration so I left them to it and returned to the car to wait. 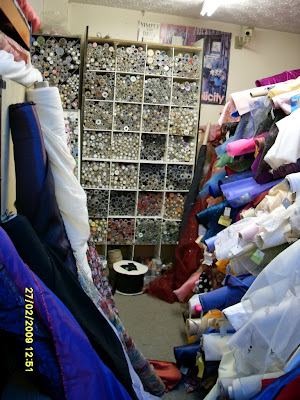 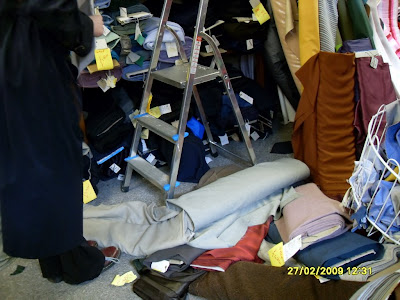 Finally... they re-appeared, exhausted and laden with parcels. We returned home for tea and Battenberg cake which we ate in silent contemplation of our adventures. 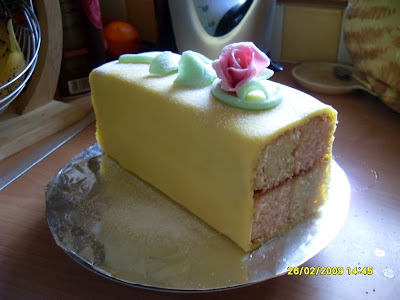