- March 27, 2009
Writing a blog like this throws up some interesting dilemmas. Being a fairly typical Brit, I'm basically quite a private person, yet writing a blog is in many ways exposing yourself to public scrutiny. It would all be pretty boring if I didnt tell you anything about my family but I have tried to walk a very fine line. Well, I am about to break my own rules on that, but its in a very good cause.

This is a story about my son Billy Jon. Here is Billy Jon: he's a lance cpl in the British Army. In May 2007 his battalian (2 Rifles) was sent to Basra, Iraq. On 7 June 2007 he was shot in the lower spine by a sniper. He suffered very serious internal injuries and the prognosis given by the medical staff was that he probably would not walk again. 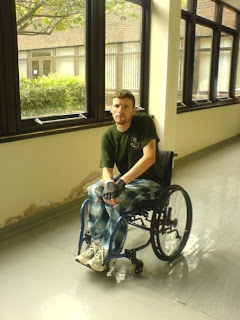 You can imagine how any fit young man would feel about this. He was devastated and felt his life was over. But Billy Jon has always been stubborn and with a typical attitude of "we'll just see about that!" he set about learning to walk again. To begin with his goals were quite modest "I just want to walk up to the bar" he said. But the extent of his injuries meant that even holding himself upright was difficult. 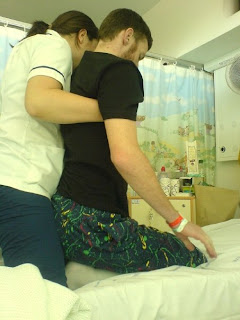 But with determination Billy Jon progressed to a zimmer frame and a painfully slow walk which would leave him panting with exhaustion.

I am sure there were times when he felt that it was all too much, but he never gave up. 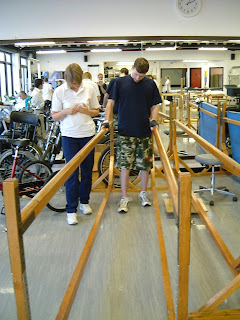 With the help of braces on his lower legs Jon progressed from using a zimmer frame to walking with two sticks and then one stick, and then to walking short distances without a stick at all! It takes only a few seconds for me to type these sentences... in reality the journey from zimmer frame to 'Look mum no stick!' took over a year. 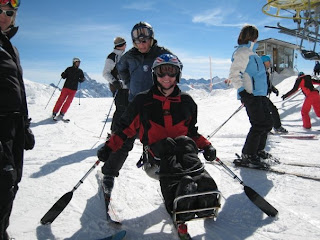 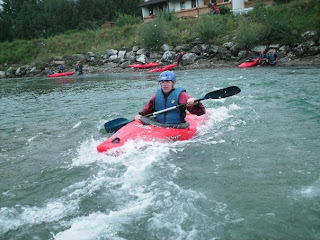 He went to the USA Para-olympic training camp in San Diego and tried out various sports...here he is throwing the discus....

Now he has set himself a BIG challenge. 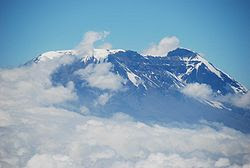 This is Mt. Kilimanjaro. According to Wikipedia it's height is 15,0100 feet from its base and approximately 16,700 feet from the plains of Moshi, Tanzania. Billy Jon and four friends are planning on climbing to the summit in October of this year. They are raising money for Help for Heroes a charity that has figured quite prominently in raising awareness of just how many injured there have been from Iraq and Afghanistan. For every fatality reported in the news there are numerous others with life changing injuries like Billy Jon's.

If you are interested in more details about the climb then check out the Help for Heroes page. If you would like to donate money please do so through Billy Jon's fundraising page.

Billy Jon's wife is going to be keeping a photo diary of Jon's training for this big event and I hope to be able to post some of those photographs here on my blog and let you know how he is doing.